About Us
|
Why Choose Us
|
Our Team
|
Family-Owned vs. Corporate
|
Testimonials
|
News and Events
|
Contact Us

Our staff is comprised of dedicated and licensed professionals with the experience to answer all your questions regarding our services. Please feel free to contact any of our staff members at any time. 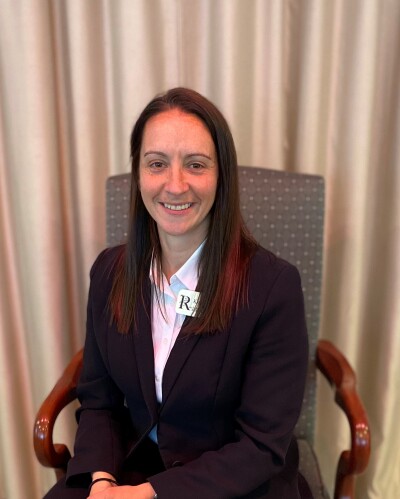 A native of Manchester, Katie has been involved with funeral service since the age of 15.  She is a graduate of Manchester Memorial High School and attended New England Institute at Mount Ida College with a double major in Funeral Service and Funeral Home Management.  She was licensed in the State of New Hampshire as a Funeral Director and Embalmer in 2003, working with many local funeral homes for the next six years before taking a management position with a local funeral home.  In 2009, she matriculated to Massachusetts following her engagement to Matt and worked as a Funeral Director there for six years.  She is also a C.A.N.A. Certified Crematory Operator.  Katie is the proud mother to Khloe and Mikayla, Lisa and Shadow (the family cats) and Nealy (the family dog).  She is a member of the Advisory Board at St. John Regional School in Concord.  In her spare time, she enjoys spending time with her family, reading, and going to the gym. 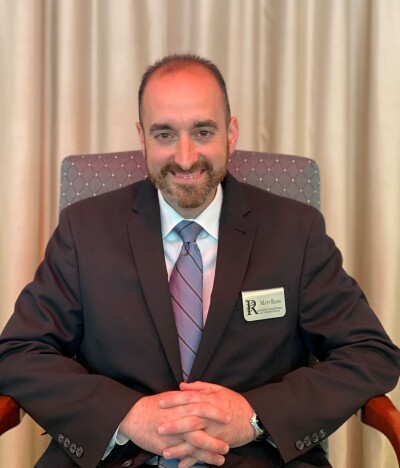 A Massachusetts native, Matt has dedicated his life to funeral service for over 17 years.  After briefly attending Emerson College in Boston, he enrolled at the New England Institute at Mount Ida College, earning his degree in Funeral Service in 2006.  He was a Funeral Director and Embalmer at the Cuffe-McGinn Funeral Home in Lynn, MA for over 9 years, where he also served as a Managing Director and was also employed by the O’Donnell Funeral Homes in Danvers and Salem, MA.  He is involved with "Meet Me in Suncook," serves on the Pembroke Economic Development Committee and is the Past Grand Knight of the Fr. Routhier Council #4666 Knights of Columbus in Allenstown. He is also a member of the Finance Council at St. John Regional School in Concord and the Finance Committee of St. John the Baptist Parish.  Most recently, he was appointed by Governor Sununu to serve as a Board Member for the Board of Registration of Funeral Directors and Embalmers for the State of New Hampshire.  Matt is the proud father to Khloe and Mikayla, Lisa and Shadow (the family cats) and Nealy (the family dog).  In his spare time, he enjoys fishing, golfing, cooking and landscaping.  He also enjoys playing the organ and has assisted at several churches over the years as substitute organist and soloist. 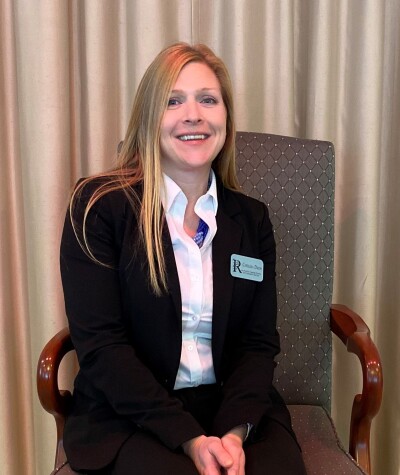 Chelsea was raised in Chichester and is a Pembroke Academy graduate.  She attended NHTI and FINE Mortuary College, receiving her degree in Funeral Service in 2015.  Chelsea has two children, Gavin and Giada.  She lives in Pembroke with her fiance, Zac, their dog, Chopper and their cat, Harley.  Chelsea joined the team at Roan Family Funeral Home in June of 2022. 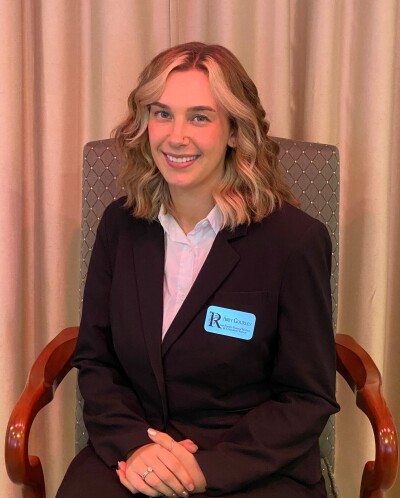 Abby was raised and educated in Londonderry. After finishing high school, she became a personal care service provider and was eventually licensed as a nursing assistant in 2018. She married her husband, Seth, in March of 2021.  Abby joined the team at Roan Family Funeral Homes in August of 2021 and became licensed as an apprentice in October of 2021.  Funeral Service has been her dream for as long as she can remember. She recently graduated from Mid-America College of Funeral Service in June of 2022.  She is looking forward to becoming a Licensed Funeral Director & Embalmer. 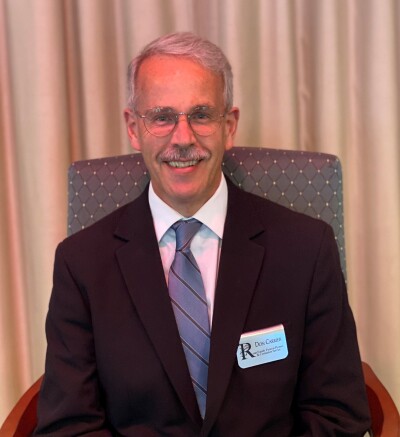 Don was raised and educated in Hooksett but for the last 34 years has been living in Pembroke. Holding an Associate’s Degree in Business Management, Don recently retired from Anthem BCBSNH after 30 years of employment, most recently as a Senior Large Group Underwriter. Don and his wife Cindy have two children. He is an active parishioner of St. John the Baptist Parish and is both a Lector and Extraordinary Minister of Holy Communion and Cindy sings in the choir. Both are members of the Parish Council. In his spare time, Don can be found in his multiple gardens. Not only does he grow his own vegetables to share, but he also harvests and cans and pickles them as well. He takes great pride in the fact that during the spring & summer months there is always something blooming in the yard! 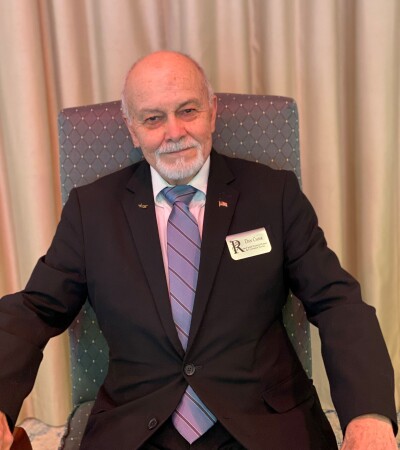 Dan grew up in Suncook Village and has resided in Pembroke for most of his life, having been in the same home for 46 years.  He served in the United States Air Force for 4 years, after graduating high school in 1964.  He married his wife, Francine on May 16, 1970.  They are the proud parents of two daughters, Carole Lea and Christina Marie and grandparents of two grandsons.  The Chase Family got involved in the Muscular Dystrophy Association with Christina being voted to be their “poster child” in NH in 1980 and again in 1982.  A “jack of all trades,” Dan has worked as a life insurance agent, a real estate agent, a traveling salesman for computer supplies, a bank branch manager, a Radio Shack Manager (15yrs), and lastly, a cell phone salesman for Verizon Wireless until he retired in 2009.  At that time, he joined the team of Roan Family Funeral Homes.  He has always loved singing, and prior to becoming a Catholic in 1990, joined the choir at St. John the Baptist in Allenstown. 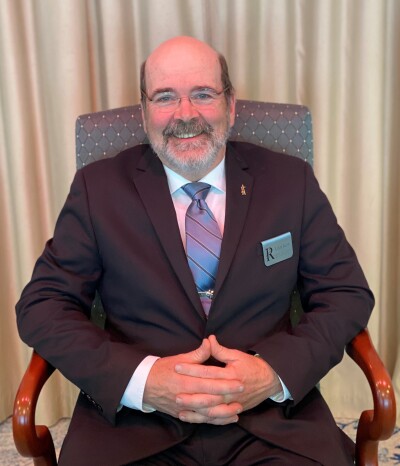 Louis has spent his lifetime here in Suncook Village.  He attended St John the Baptist Elementary in Allenstown followed by Pembroke Academy and NHV-TC Laconia, where he obtained a degree in Fire Protection.  He retired from General Electric in 2016 after 38 years and has been working with us ever since.  He is married to his high school sweetheart, Glorie.  Their daughter and son-in-law have two children.  Louis’ gifts are present throughout our homes as he constructed our flag retirement cases as well as our Funeral Urn Ark.  He loves to sing barbershop and choir music and can usually be found in his garage woodworking and “fixin’ stuff.” 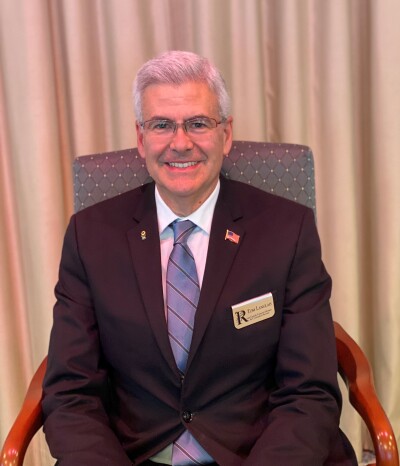 Living most of his adult life and earning his business administration degree in New Hampshire, Tom worked many years in logistics and shipping of freight through air and surface transportation and later drove airport limos part time.  He joined the staff of Roan Family Funeral Homes in January of 2018. He and his wife are the proud parents of five children, and he is happily involved with his family and friends. He likes being active with the Epsom/Chichester Lions Club, the Franklin Pierce Manse in Concord, and serves as an officer with the Fr. Routhier Council #4666 Knights of Columbus in Allenstown. He was elected to and served in the New Hampshire House of Representatives from 2004-2006.  He is a long-time parishioner of St. John the Baptist in Allenstown.  In his spare time, he enjoys gardening and grounds maintenance, reading historical and spiritual books, and his near daily workouts at a local gym. 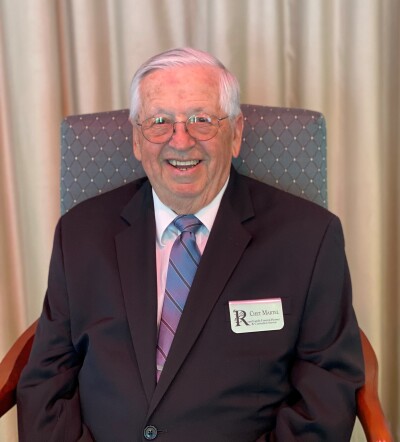 Chet is a native of Pembroke, attending St John the Baptist Grammar School and graduating from Pembroke Academy in 1962. He later received an A.S. in Business from Southwestern Community College in Chula Vista Ca. Upon graduation he entered the United States Air Force where he was introduced into the “new” field of Data processing which eventually morphed into Information Technology (IT). He retired as an IT Support Specialist from the State of New Hampshire in 2011 and began working at the funeral homes the following year.  Chet married Shirley, his grade school sweetheart in 1964 and they had three children, Debra, Robert and Denise which yielded 6 grandchildren. Sadly, Shirley passed away in 2009.  Chet later met and married his current wife, Helen.  He is a Lieutenant in the Pembroke Fire Department, a Fourth Degree Knight in the Knights of Columbus and a Pembroke Water Works Supervisor. He is also a sports official for high school and youth softball and volleyball. 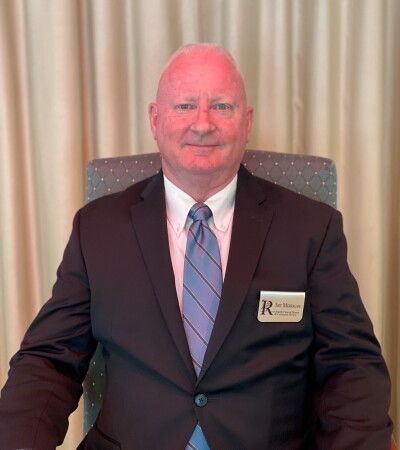 Art has been a member of our team since 2018.  He is a proud husband, father, and grandfather.  A 32-year resident of Hooksett, he is a retired Police Officer and currently a Firefighter in the Town of Bow.  When not working, he and his wife enjoy traveling in their motorhome. 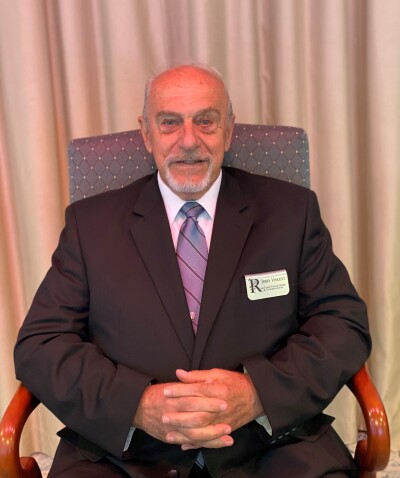 Jerry spent his early years in Manchester until his family moved to Suncook in 1956.  He attended St. Jean the Baptist Grammar School and graduated from Bishop Bradley High School in Manchester.  He was a volunteer firefighter for the Allenstown Fire Department, a member of the Fr. Routhier Council #4666 Knights of Columbus and is an Army veteran.  After high school, he pursued a career in the graphic arts industry and was employed at Rumford Press in Concord for 23 years until its closure in 1983.  It was at this time that he transitioned to a career in revenue collection and began his affiliation with international companies such as ATS, Cubic Corporation, TransCore and ACS, all subcontractors for the NH Turnpike System.  He retired in 2008 as the NH EZ Pass CSR manager.   In 2010 he joined the staff of the Roan Family Funeral Homes.  Jerry and his wife Sue have been residents of Hooksett since 1970 and have two daughters, Kim Ross and Amy Mansfield.  He is a rail fan, model railroader and also finds relaxation in doing counted cross stitch.  Jerry and Sue enjoy ocean cruises and are also in the process of visiting every state in the union. 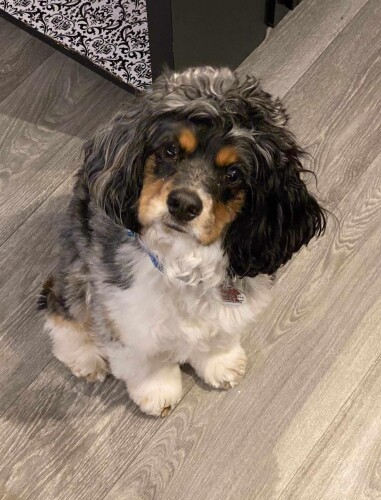 Nealy is our favorite cockapoo and is in the process of being trained and certified as a therapy dog, assisting our families as needed.  Though still a young puppy,  Nealy will be seen around the funeral homes from time to time.  He loves belly rubs and exploring.

If you need our services immediately, please call us.
We will begin the process of bringing your loved one into our care right away.